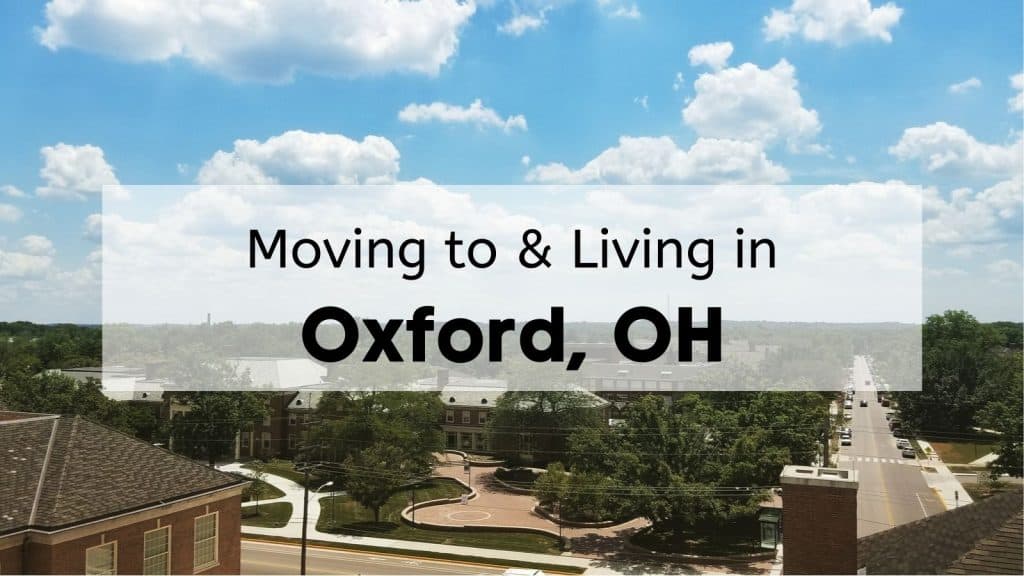 Located near the Indiana border, approximately 64 miles north-west of Cincinnati and west of Columbus, the city of Oxford, located in Butler County, is best known as a college town for the local, counterintuitively-named Miami University. It’s also known for it’s many concerts and festivals. In fact, the township it is a part of was once known as the “College Township”, and Forbes called Oxford the “Best College Town in America” in 2014. The entire city had its origins in Miami University, in fact – Miami University was laid out first, in 1809, with Oxford being laid out a year later to supplement it. With a humongous repertoire of community-based attraction, there’s a reason why many who attend Miami University choose to stay here. The residents of this city include quite a few notable people, including MLB player Kason Gabbard and Astronomy magazine editor David J. Eicher.

Cost of Living in Oxford, OH

Despite being a safe and industrious community, Oxford is very affordable! The cost of living is 12% lower than the average in the United States, according to Bestplaces. The median home price in Oxford is $195,200, which is about 1.3 times the average Ohio home price of $151,400. Upon moving to Oxford, you can expect to pay less for every type of regular cost, excepting utilities and groceries. In terms of renting in Oxford, one can expect an average of $1,621 per month, a middling price for most cities, although on the higher end.

According to the Economic Policy Institute, a family of four will need a yearly income of $79,582 to live here.

Want a better picture of how expensive Oxford is? Check out these everyday expenses for Oxford, provided by Numbeo.

Oxford is a bit too small to have distinct neighborhoods, so subdivisions of the city are more based on price than any sort of shared community. Take a look at some of the real estate considerations you should know about below:

The central portions, near the university, are generally the more affordable areas. These are more urban, and properties are generally smaller around here. Meanwhile, the southern stretch of Oxford has bigger properties, which are more expensive as a result.

If you want to make yourself a part of any of this community, you should check out the latest listings for homes for sale in Oxford, OH.

If you are interested in renting, then take a look at some of the apartments in Oxford.

Ohio is a fairly humid area, and gets some inclement weather owing to it bordering one of the Great Lakes. You can expect lows of 20 degrees Fahrenheit during the winter months, and highs of 86 degrees Fahrenheit during the summer months. Oxford gets more than the average amount of rainfall when compared with the rest of the United States, with 42 inches per year as compared to 38. Oxford experiences less snowfall than the national average of 28 inches, with 17 inches annually. The best times to visit Oxford, in terms of comfort rating, are June and September.

Things to Do in Oxford, OH

Much of Oxford’s appeal is its unique, hole-in-the-wall attractions and establishments, but there’s still plenty of general stores to get your shopping done! Check out great shopping in the community like the nearby Walmart Supercenter and Tollgate Shopping Mall for all your shopping needs! You should also check out some of the best things to do in Oxford, OH below:

Containing a 3-acre sculpture park and a permanent collection of over 17,000 pieces, the MUAM is a one-stop shop for art lovers of all sorts! There’s a reason this fantastic university museum is well-beloved by locals of Oxford.

The Black Bridge is an example of covered bridges that used to be common all over Ohio, and has been an Oxford landmark since the mid-19th century. It is recognized as one of the longest of its kind, and one of the few in the state still standing in its original spot!

What can we say, Oxford is a city of museums! The Hefner Zoology Museum, another museum affiliated with Miami University, offers a look into the natural life of Ohio throughout the ages, and makes for a family-friendly experience!

Places to Eat in Oxford, OH

Alongside its host of things to do, Oxford is also home to plenty of great eats! Check out some below:

Built in 1946, Mac & Joes provides a rustic feel for what is ultimately a modern tavern, which is why many Oxford natives love to spend the nights out here! Get great drinks and food as you socialize and/or watch the big game!

Ohio is known for its vast swathes of German diaspora, and Oxford is no different. Steinkeller brings the dishes of Central Europe straight to your doorstep, and these dishes are the real deal. That’s why Oxford locals love this place!

What would any city in America be without a good pizza place? Nothing at all, we say! Thankfully, Oxford has a great pizza place in La Rosa, a semi-local chain that is well liked in the entire state!

Oxford is served by the Talawanda City Public School District, which has good testing scores and college readiness levels. Some of Oxford’s wonderful schools include Kramer Elementary School, Talawanda Middle School, and Talawanda High School. With a selection of wonderful education facilities like this, your child’s schooling process will be one of the best in the country!

Students and others in Oxford are served by the Lane Public Library, Oxford branch. We’d be remiss if we didn’t mention Miami University itself in this section. In all likelihood, it’s probably one of the reasons you want to move here!

Those planning on making a living in Oxford will have plenty of opportunity in the fields of education and management, according to Payscale. The most popular positions of employment are Assistant Professor, General Manager, and Librarian. The most popular employer in Oxford is the Miami University, naturally. The average salary for a worker in Oxford is $51k a year, while the average hourly wage is $14.85.

If you’re planning on living in Oxford, the Miami University is obviously a focal point for employment opportunities. However, there’s still plenty of metaphorical fish in the metaphorical sea when it comes to jobs around here! Check out the latest listings for jobs in Oxford, OH here.

Explore Oxford’s large variety of things to do, places to eat, and more with this map!

Oxford’s zip code is 45056, while the area code is 513. If you want to commute from Oxford to Cincinnati, it will be a forty mile drive with travel times generally clocking in at an hour or so. Oxford’s time zone is Eastern Standard Time, and sits at an elevation of 928’. The size of Oxford is 7.7 miles square, and the nearest airport is the Miami University Airport-OXD, a small airport that operates mostly personal aircraft. Oxford’s mayor is Mike Smith, who has no public party affiliation.

Does Oxford entice you? Want to make your home there? Give Bell Moving a call at 513-942-7500! Our Oxford moving team will make even the biggest of relocations easy! Call now or fill out our online form for a free quote! 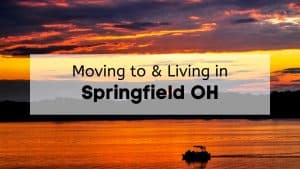