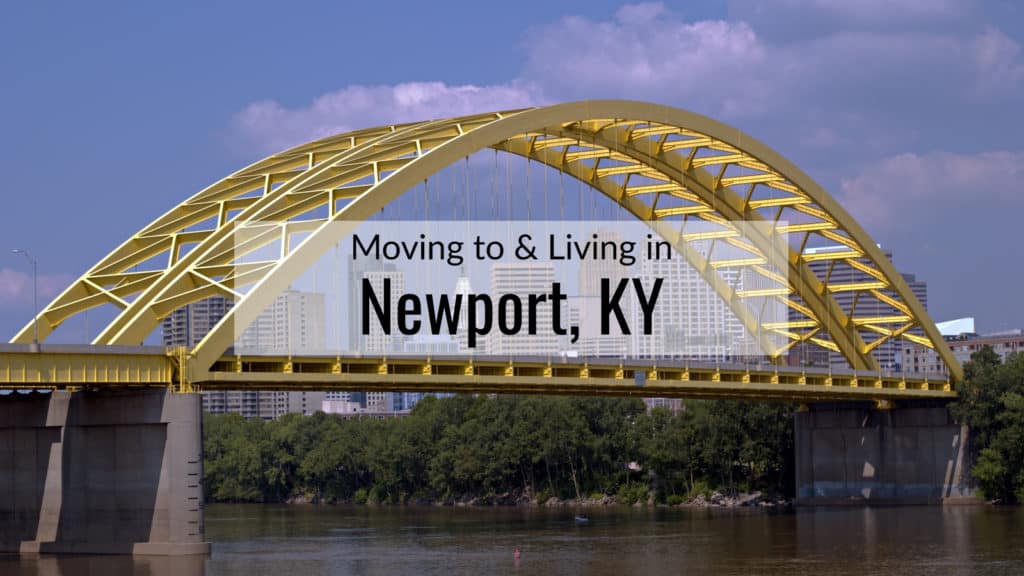 Newport is a wonderful community situated just south across the river from Cincinnati in Campbell County, Kentucky. It is part of the Cincinnati Metropolitan area and sits at the confluence of the Licking and Ohio Rivers, and is located in the “bluegrass” section of the South, which is often mistaken as the Midwest. Settled in 1791, only a decade or two after America declared her independence, Newport was named after the commander of the first ship to reach Jamestown, Christopher Newport. During Prohibition, Newport became a hotspot for gangster activities, and its reputation as a “sin city” would remain until the ‘80s and ‘90s, when the Newport leadership decided to remake their city’s image as a family-friendly tourist destination. Since then, Newport has become a respected urban center of Northern Kentucky, and a wonderful community.

Newport is a small city, both in population and geography, with a population of 15,152 distributed out over the city’s 2.7 miles at a rate of about 5,551.6 people per square mile. The median age here is 35.9, which is slightly younger than the Kentucky average of 38.7. The median household income in Newport is $35,164.

Cost of Living in Newport, KY

Despite its proximity to Cincinnati, you’ll find Newport an affordable city, with the average cost of living here being 12% lower than the US national average. You’ll find housing units in this city cost around the same as Kentucky in general, with the average home costing you $134,600. You can also expect to pay less than the national average for most other purchases you’ll be making here, including utilities, groceries, and transportation. Renting here is pricey, but not as pricey as some cities, with the average monthly rent for all types of units being $1,441.

Newport offers excellent opportunities in its proximity to Cincinnati while not being overwhelmingly expensive, making it an excellent choice for a wide variety of curious customers!

Newport is served by a variety of prestigious school districts, the two main examples being the Southgate Independent School District and the Newport Independent School District. All of the school districts in Newport not only provide excellent education, but also provide extraneous activities like camps that will expand the scope and quality of your child’s education. In Newport, you’ll have the opportunity to send your children to wonderful places of learning like Southgate Public School, a pre-K through 8th grade school, and Newport High.

Interested in pursuing higher education while living in Newport? Newport’s proximity to Cincinnati means a variety of excellent benefits, including quick access to Cincinnati’s large variety of excellently-rated colleges. Within ten miles of Newport, you’ll find Xavier University, rated as the 7th best private college in Ohio, and the University of Cincinnati, rated as the 3rd best public university in Ohio.

If you’re familiar with Cincinnati’s climate, Newport will be comfortable and familiar, obviously. You can expect lows of 22 degrees Fahrenheit during the winter months, and highs of 86 degrees Fahrenheit during the summer months. Newport experiences more rainfall when compared with the rest of the United States, with 45 inches per year as compared to the national average of 38.1 inches. Meanwhile, Newport experiences less snow than the average, with 13 inches as compared to 28. The best times to visit Newport in terms of comfort are September and June.

Despite Newport only taking up a mere three miles, there’s still plenty of excellent residential and urban neighborhoods for you to make your home in!

According to the official Newport, KY website, there are a total of nine distinct neighborhoods in Newport. Cliffview is the largest, taking up the urban development on the city’s south-eastern side. Meanwhile, Cote Brilliante and Taylor’s Landing take up Newport’s “main street”, being right at the heart of Newport’s hustle and bustle, great choices for one who wishes to be where everything is happening.

If any of these communities sound enticing to you, you should check out the latest listings for homes for sale in Newport, KY.

Those planning on making a living in Newport will be glad to know that wages have been increasing, although only minorly, while cost of living has seen more sharp decreases. The most popular employers in this community are Darling International, The Kroger Company, and Fidelity Investments, and the most popular positions of employment are Registered Nurse, Landscaper, and Certified Ophthalmic Assistant. The average salary for a worker in Newport is $52k a year, while the average hourly wage is $15.37.

If you’re thinking of moving to Newport, you might consider obtaining experience in industries like healthcare and financial consulting to succeed. No matter what, you’re sure to find gainful employment in Newport! You can check out the latest listing for Newport, KY jobs here.

Things to Do in Newport, KY

Being right next to Cincinnati means plenty of excellent shopping and wonderful attractions! With fantastic shopping centers like the Newport on the Levee and the Newport Pavilion, the opportunities are endless! You should also check out some of the best things to do in Newport, KY below:

An expansive aquarium well-known for its acrylic tunnels that allow you to walk through the animal’s enclosures, the Newport Aquarium offers all kinds of exhibits on all kinds of sealife. This is a sight to behold, and an excellent activity with kids!

The world’s largest free-swinging bell, the World Peace Bell has an accompanying exhibit and museum. If you want to learn about the history of the local area, this is a fun little activity to check out while you’re living in Newport.

Places to Eat in Newport, KY

Alongside its host of things to do, Newport is also home to some of America’s finest diners and restaurants! Check out some below:

Everybody loves a good, traditional Italian dish, and Brio knows it! With authentic Italian chefs and a wide variety of Italian dishes, Brio is sure to scratch the itch of any Italophile living in Newport!

And speaking of Italian food, maybe you’d prefer to cut to the chase and just get a pizza? Well, look no further than the Newport Pizza Company! While serving the best pizza in Newport, they also serve a variety of appetizers and sides!

Tips for Moving to Newport, KY

Ready to finally take the plunge and start your moving journey to Newport? Give Bell Moving a call! Our team of highly-trained professional movers will ensure your move goes without a hitch, all at competitive rates. Call now or fill out our online form for a free quote!