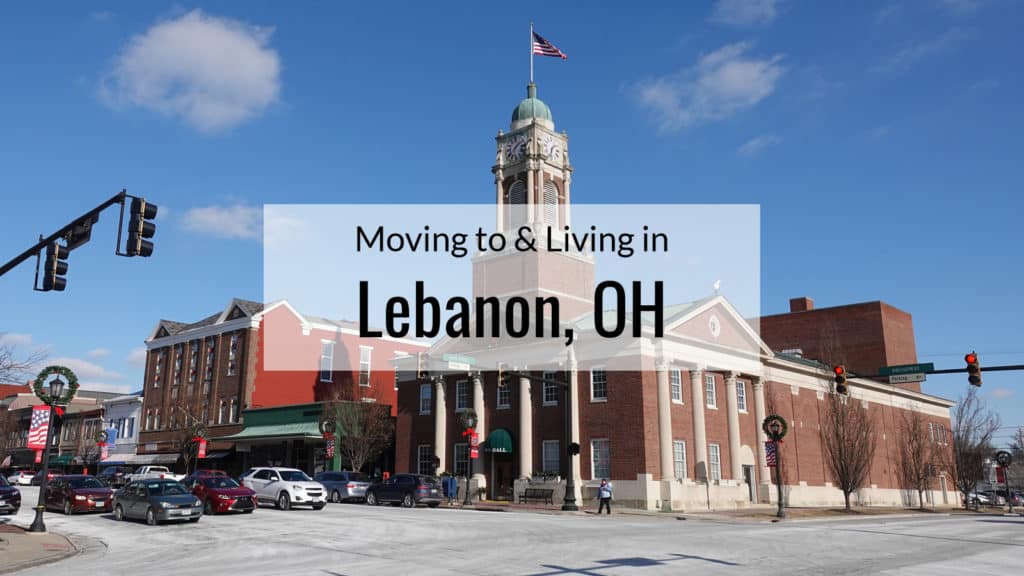 Is Living in Lebanon OH Right For You? 🤷‍♂️ | TOP Moving to Lebanon Guide

No, not the country! Sitting as the county seat of Warren County, Lebanon is a small city in the Cincinnati metropolitan area with a big personality. The city is well known for its nightlife and its dedication to the arts, containing a performing arts center and orchestra. In fact, many films have been shot in the city, including Harper Valley PTA and Milk Money, with many local restaurants and hotels containing memorabilia from the films. Historically, Lebanon dates to around the end of the 18th century, right around the time of the American revolution. The city, then a small town, got its name from the Biblical Lebanon, because of the large amount of juniper trees in the area. Lebanon is wonderful, and has many notable residents, most notably Neil Armstrong, who was one of the astronauts on the moon, and actor Woody Harrelson

The community of Lebanon has a population of 20,642 distributed over 12.8 miles at a population density of about 1,600 people per square mile. The median age here is 37.4, which is a little less than the Ohio average of 39.4. The median household income in Lebanon is $65,477, which is about 20% higher than the average household income for the state of Ohio, being $56,602.

Lebanon’s single zip code is 45036, while the area code is 513. Lebanon’s neighboring communities include Mason, Monroe and Middletown to its west, and Springboro to the north. Meanwhile, Cincinnati is a 35 minute drive away from Lebanon.

Thinking about moving to this community, but wondering if Lebanon is a safe place to live? According to AreaVibes, Lebanon has a crime rate 8% lower than the national average, with a property crime rate 5% lower than average and a violent crime rate 25% lower than average. Lebanon’s rating of a B- isn’t perfect, but the area is suitably safe, and you and your family will have to worry little about becoming the victim of a crime.

Cost of Living in Lebanon, OH

Despite being such a beautiful community, Lebanon may surprise you with its affordability, with the cost of living here being 13% lower on average than other places in America, according to Salary. Homes in Lebanon are around 25% more expensive than the cost of an average home in Ohio, but are still relatively affordable, with the average home costing you $183,500. If you choose to move to Lebanon, you can also expect to pay less for things like transportation utilities, groceries, and more. Similarly, renting here is also affordable, with an average monthly rent of $779.

In terms of cost of living, there are few places in the US that can compete with Lebanon’s wonderful affordability. If you’re looking for a place to settle down and buy property, few places are better than Lebanon!

Living in Lebanon means you’ll most likely be served by the Lebanon City School District, which has no schools rated “below average” by GreatSchools’ metrics, a testament to its quality. Aside from that district, another notable school in the area is the Greater Ohio Virtual School. Some highlights in terms of local schools include Berry Intermediate School, Lebanon Junior High School, and Lebanon High School. Rest assured, your child will be sure to succeed while you’re living in Lebanon!

Ohio has a relatively mild climate, Lebanon is no different. There’s rain and snow, but not too much, although winters can be somewhat harsh due to the humidity. You can expect lows of 21 degrees Fahrenheit during the winter months, and highs of 85 degrees Fahrenheit during the summer months. Lebanon experiences slightly more than the average amount of rainfall when compared with the rest of the United States, with 41 inches per year as compared to 38. Meanwhile, Lebanon experiences less snow than the national average, at 12 inches compared to 28. The best times to visit Lebanon, in terms of comfort rating, are June and September.

Lebanon may not be as big as Cincinnati, but that doesn’t mean there aren’t plenty of fantastic neighborhoods to choose from! Check out some of your neighborhood options below:

If you want to make yourself a part of any of these communities, you should check out the latest listings for homes for sale in Lebanon, OH.

Those planning on making a living in Lebanon should know that wages and cost of living have been relatively stable, according to Payscale. The most popular positions of employment are Licensed Practical Nurse, Production Operator, and Heavy Equipment Operator. The largest employers in the area are Fecon, MANE, and Caliber Collision. The average salary for a worker in Lebanon is $62k a year, while the average hourly wage is $16.63.

Lebanon is an industrial era, and has a lot of facilities for production. Getting a job specializing in one of these might be particularly lucrative. Check out the latest listings for jobs in Lebanon, OH here.

Things to Do in Lebanon, OH

Moving to the beautiful city of Lebanon means plenty of opportunities to visit entertaining attractions that are fun for adults and kids alike, as well as plenty of opportunities for great shopping. Check out shopping centers nearby like the Colony Square Shopping Center and the Lebanon Peddler’s Mall for all your shopping needs! You should also check out some of the best things to do in Lebanon, OH below:

Looking to game while living in Lebanon? Miami Valley Gaming has gambling, arcades of all kinds, and more, enough to please even the most jaded gamer. This is a great attraction for the whole family!

Looking for a relaxing spot to spend the day and get away from the hustle and bustle of the city? Warren County Armco Park is your spot if you’re living in Lebanon. Play sports, eat snacks, or just lay on the grass and enjoy nature.

Places to Eat in Lebanon, OH

Alongside its host of things to do, Lebanon is also home to plenty of great eats! Check out some below:

The nightlife of Lebanon isn’t droll, and Broadway Barrel House is one of the reasons why. A classic bar set in a modern and industrial style, Broadway Barrel House provides good drinks, meals, and fun for the whole family, especially from its wide variety of televisions to watch the game on.

Everybody needs a pick-me-up in the morning, and what better way to get the day started than with a wonderful breakfast? Breakfast Club Cafe is the prime Lebanon spot for all things breakfast, and is a favorite for locals for its wonderful coffee.

Ready to take that last step and start your journey to making Lebanon your new home? Give Bell Moving a call! Our crew of highly-trained professional movers will ensure your move is a stress-free process at affordable rates! Call now at 614-503-0035 or fill out our online form for a free quote!