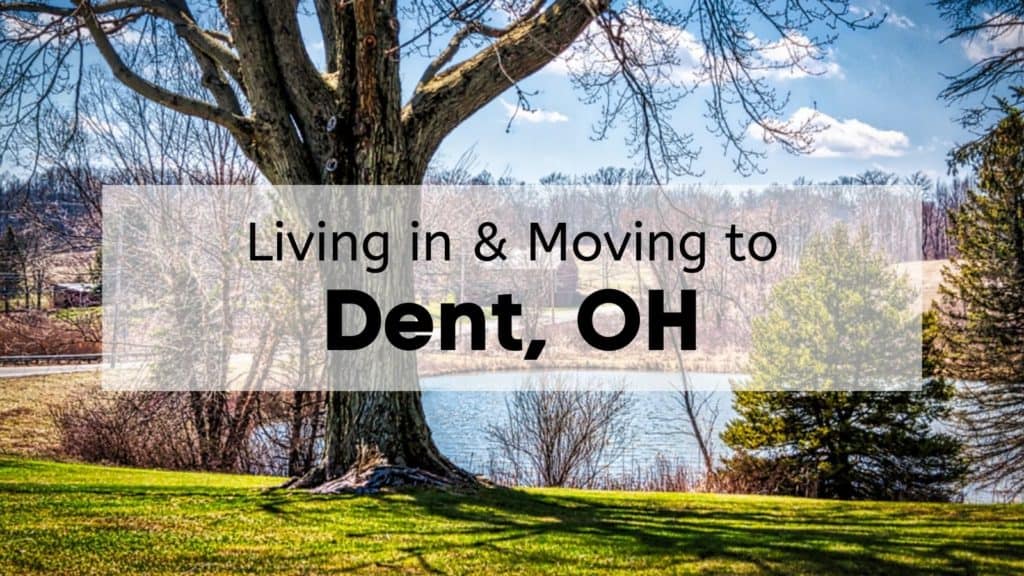 This area was founded in the 19th century and was first called Challensville after Rev. James Challenge, a local minister. A state representative named Charles Reemelin changed the name to Dent in 1846. He chose the name based on its geographical location in a valley or a “dent” in the earth.

Dent is known for its large Veterans Park, which spans 25 acres in the community and offers fun for all ages.

Dent is a good place to live for everyone from seniors and young singles to growing families. This guide will tell you precisely what to know before moving to Dent so you can decide if living there is a good choice.

How many people live in Dent? There has been minimal growth over the past decade with only a few people relocating to Dent since 2010. The Dent population is 11,332 locals with a median age of 39 years old.

Dent demographics have limited diversity as the area has about 93% Caucasian, 3% Black or African American, 2% Hispanic or Latino, and 1% Asian. While there is a close split with the local gender ratio, women have a slight advantage with about 52% female and 48% male. 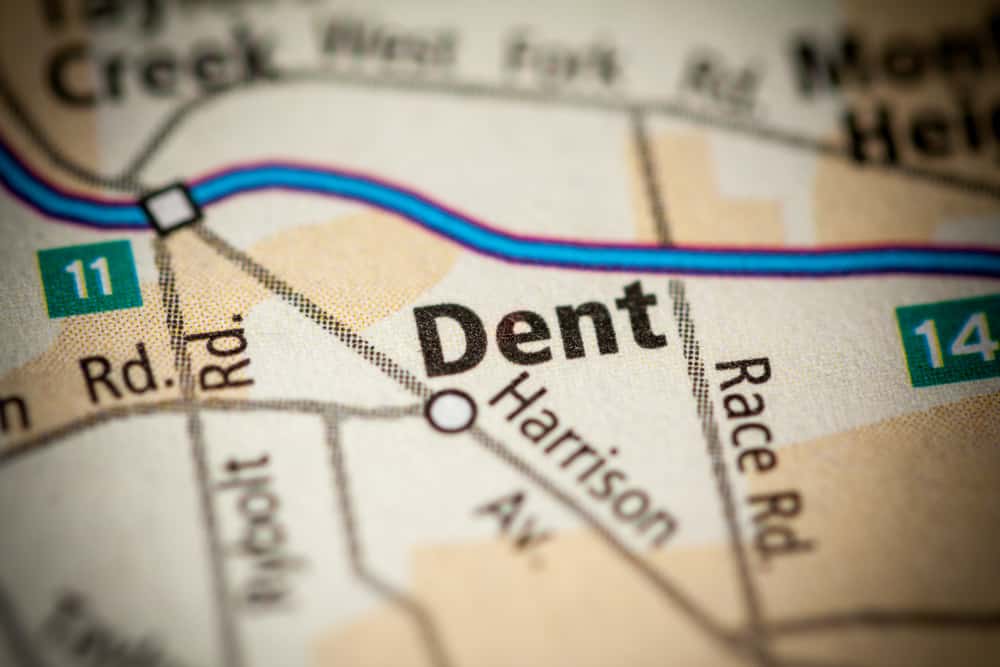 How much does it cost to live in Dent, OH? The average cost of living in Dent is approximately 12% lower than the US average but is also about 5% higher than the Ohio state average. The Dent real estate market, groceries, and transportation costs are more expensive, while healthcare and utilities are more affordable.

The homeownership rate in Dent is 77.7% with more than ¾ of residents purchasing a property. Local Dent, OH homes for sale are part of a somewhat competitive housing market. The average price of a home in Dent is $190,000 with a median sale price of $124 per square foot.

The remaining 22% of people living in Dent rent or lease houses or apartments. The average price of rent in Dent is $875 per month, which changes based on the area and amenities that are offered close by.

3. Dent Neighborhoods | Where to Live in Dent

Where should you live in Dent? Although it isn’t a large community, you’ll easily find plenty of safe neighborhoods in Dent such as:

There are two local parks in Dent, which are managed, maintained, and monitored by the Cincinnati Recreation Commission.

People relocating to the community will find convenient shopping in Dent at locations like Lowes, Kroger, Kohls, Walgreens, and the Manchester Plaza.

Dent is 14 miles from Cincinnati and for anyone who plans to commute from Dent to Cincinnati, the quick trip only takes 20 minutes.

If any residents want to travel from Dent to Columbus, it is a 114-mile drive, taking about 1 hour and 45 minutes in each direction.

The average temperature in Dent during the peak of summer is between the mid-60s at night and the upper 80s around noon. Once the cold winters come along, these temperatures drop significantly to lows in the 20s and highs that stay under 40°F on average.

There is a humid continental climate in Dent so newcomers should plan on getting about 45 inches of rain and 17 inches of snow per year. Dent weather tends to require umbrellas and warm gear like scarves, hats, and thick coats during the colder months.

Find the can’t miss things to do in Dent so you can experience the area’s many fun attractions, places to visit, and outdoor activities.

One of the top points of interest in Dent is the entertainment found at the Cinemark Western Hills 14 movie theater. This chain offers visitors the chance to catch both new releases and occasional classic movies while enjoying stadium seats and yummy concessions options.

Among the most unique Dent attractions, The Dent Schoolhouse is a fun and engaging haunted house which changes to various themes throughout the year. The destination features guided ghost tours through the schoolhouse, which is an old school believed by some to be haunted.

Relocating to Dent comes with many perks, one of which is the great places to eat that you’ll find around the community.

Skyline Chili is rated among the best restaurants in Dent and is recognized for its laid-back diners. Their menu includes a wide variety of soups, salads, coneys, burritos, wraps, bowls, and their specialty Greek chili.

One of Dent’s top-rated places to eat is El Rancho Grande, a popular Mexican chain that the whole family will enjoy. They offer visitors a scrumptious selection of classic fare like chorizo, tamales, taquitos, fajitas, carne asada, burritos, enchiladas, and tacos.

For those who may be on the hunt for local Dent jobs, the community has numerous employers offering positions both in town and nearby in Cincinnati. A few of the best places to work in Dent are:

About 26% of the population residing in Dent are children as the area has more than 2,946 kids between the ages of 0 and 18 years old. Between the reputable schools and safe, comfortable communities, Dent is an excellent place for families to live. 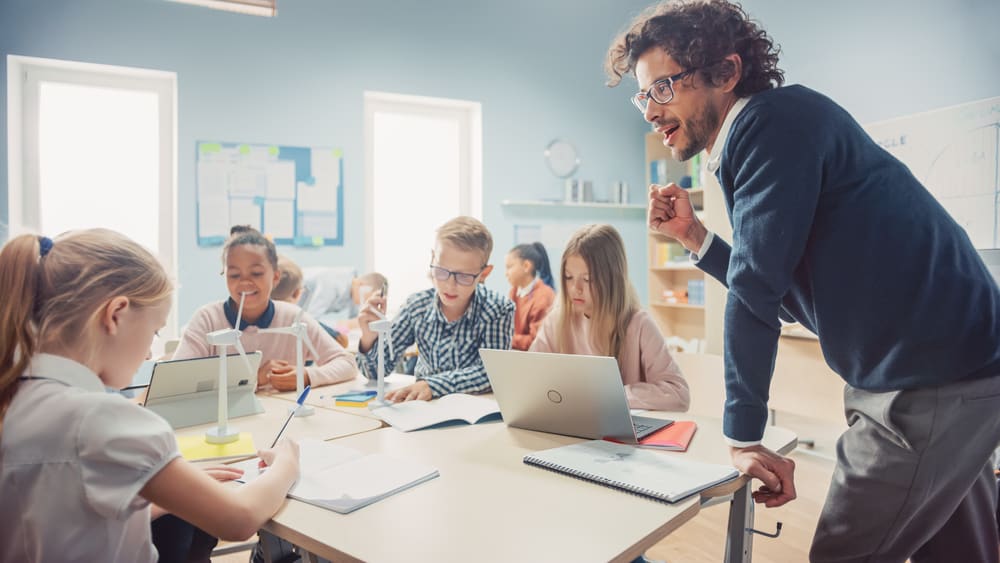 The majority of local schools in Dent are part of the Oak Hills School District including:

The closest colleges and universities to Dent are Mount St. Joseph University as well as the Good Samaritan College of Nursing and Health Science

There is a free public Green Township Branch Library in town that offers locals the opportunity to check out books and movies.

The time zone in Dent is Eastern Standard Time (EST), which shifts to Eastern Daylight Time (EDT) when daylight savings time rolls around each year.

The elevation in Dent is 843 feet above sea level.

Discover what else the area has to offer residents with the help of this trusty Dent map.

Tips for Living in Dent

There’s little doubt that relocating to Dent comes with a variety of advantages that make it a fun and cozy place to call home. Whenever you need assistance from dependable Dent movers, trust the team at Bell Moving to handle the job. Give us a call today at (513) 942-7500 or fill out the Request a Quote form on this page for a free moving estimate!