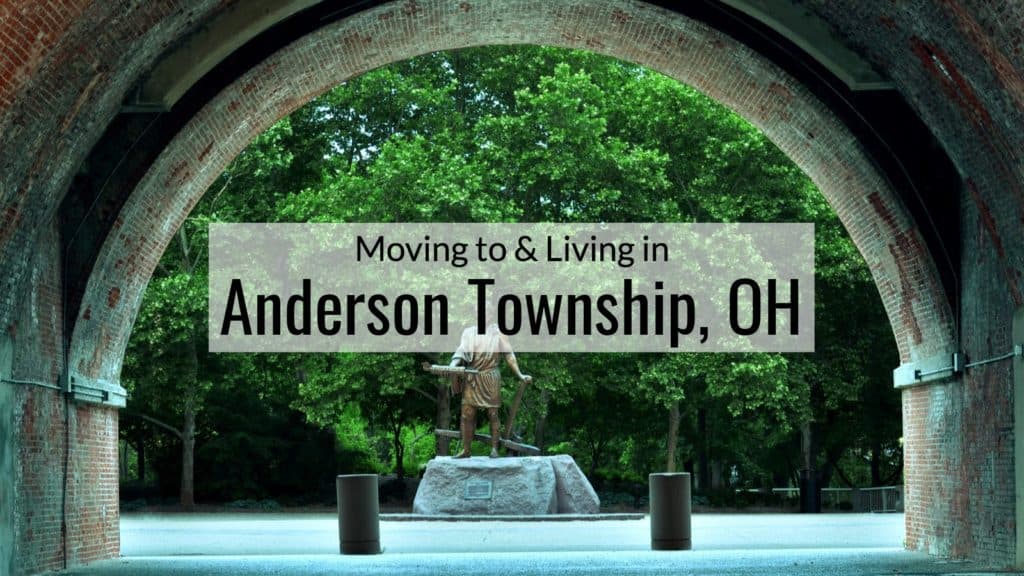 Sitting on Cincinnati’s south-western limits in Hamilton County, this community, named for 18th century politician Richard Clough Anderson Sr., is among the most beautiful and affluent of Cincinnati’s suburbs. Anderson Township sits along the Ohio and Little Miami rivers and is 13 miles southeast of downtown Cincinnati. Settlement of the area began only a few years after the American Revolution, and much of Anderson’s architecture originates from the era. Anderson remained fairly undeveloped up until the 50s, where new developments were built for the booming Cincinnati, Anderson Township being among them. Anderson Township is home to many notable residents, like American actress Vicki Lewis and MLB sportscaster Marty Brennaman.

The town of Anderson Township has a population of 43,968 distributed out over 30.4 miles at a population density of about 1,400 people per square mile. The median age here is 41.5, which is marginally higher than the Ohio average of 39.4. The median household income in Anderson Township is $100,641, which is 1.5 times higher than the average household income for the state of Ohio.

Anderson Township’s zip codes include 45230, 45244, and 45255, while the area code is 513. Anderson Township borders Cincinnati to the west and south, and is also bordered by Columbia Township to the north, and the state border of Kentucky to its south.

Thinking about moving to Anderson Township, but worried about the crime rate? Cincinnati is well-known as a dangerous city, which is reflected by its F rating on Areavibes, but don’t despair! Anderson Township is one of the safest of Cincinnati’s communities, and is served by its own sheriff department, so you won’t have to worry about the safety of yourself or your family!

With Anderson Township’s high income community and safe neighborhoods, it may be surprising to learn that living here is actually quite affordable, with the cost of living here being 8% lower on average than other places in America, according to Payscale. Homes in Anderson Township are pretty expensive when compared to the average for Ohio, with the average home costing you $240,200 on average. Generally speaking, though, you can expect Cincinnati’s affordability on things like groceries, utilities, and transportation. Renting here could be more affordable, but isn’t bad, with the average rent for an apartment being $1,357.

Few places emulate the beauty of Anderson Township while also having its affordability in terms of housing, utilities, and other incidental costs. Anderson is the perfect place to live, whether you’re on a budget or not!

Moving to Anderson Township means you will be served by the Forest Hills Local School District, which is host to a wide variety of excellently-rated elementary, middle, and high schools. This district is highly rated, with 56% of the schools contained within being rated “above average” on GreatSchools. Some fantastic institutions of learning here include Sherwood Elementary, Nagel Middle, and the highly-rated Anderson High. Rest assured, your child’s education will be in good and reliable hands while living in Anderson Township!

Anderson Township is a neighborhood itself, so there aren’t really distinct communities within it. However, there are still choices to be made! Check out some of your options below:

Anderson Township’s western border is taken up by Cincinnati, as well as the Mt. Washington area and the Lunken Airport. Newtown cuts out a chunk of Anderson in its direct north, and the Union Township takes up the eastern border of the community. Those looking to work within Cincinnati might want to situate themselves on Anderson’s eastern side. Census designated communities in the Township include Cherry Grove, Dry Run, and Salem Heights.

If you want to make yourself a part of any of these communities, you should check out the latest listings for homes for sale in Anderson Township, OH.

Those planning on making a living in Anderson Township should know that wages have been increasing quarterly while the cost of living has also been decreasing at a much higher rate, according to Payscale. The most popular employers in this community are General Electric Aviation, The Kroger Company, and General Electric Co. The most popular positions of employment are Project Manager, Software Engineer, and Operations Manager. The average salary for a worker in Anderson Township is $65k a year, while the average hourly wage is $18.10.

If you’re planning on getting gainful employment after moving to Anderson Township, seeking out a job in either automotive production or management are your best bets. Check out the latest listings for jobs in Anderson Township, OH here.

Things to Do in Anderson Township, OH

If you’re planning on moving to Anderson Township, quick access to Cincinnati will ensure you get all the fantastic shopping sprees and attractions that’ll entertain the whole family! Check out local shopping centers like Anderson Towne Centre for all your shopping needs! You should also check out some of the best things to do in Anderson Township, OH below:

Home to a horse racing track, slot machines, and a fine dining restaurant, Belterra Park is everything a gambler needs! If you want a thrill, there’s few places better than Belterra!

Alongside its host of things to do, Anderson Township is also home to plenty of great eats! Check out some below:

A pub located right here in Anderson, this bar and grub joint features plenty of plasma screen TVs for your viewing pleasure, great drinks, and yummy food. If you’re looking for the nightlife of Anderson, you’ve found it!

This laid-back, kitschy joint serves seafood, salad, pasta, and more for all the health freaks and foodies out there! Located right in the Anderson Township area, this is the place to be for seafood!

Ready to take that last step and start your journey to making Anderson Township your new home? Give Bell Moving a call! Our crew of highly-trained professional movers will ensure your move is a stress-free process at affordable rates! Call now or fill out our online form for a free quote!