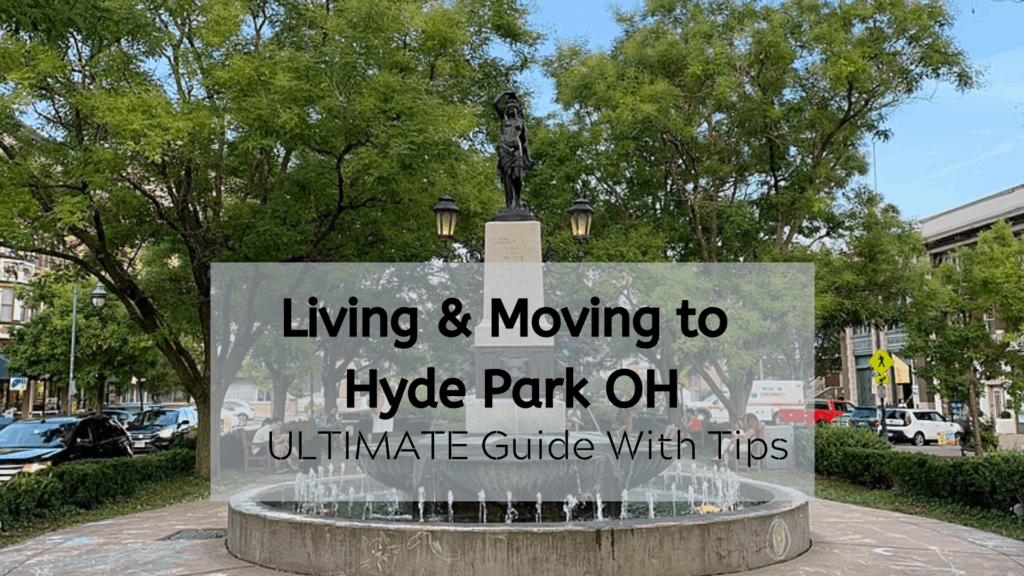 Hyde Park is one of Cincinnati’s most affluent, historic, and beautiful neighborhoods just six miles from downtown. Located between the Ohio River and I-71, the community was first settled in 1885 and takes its name from the affluent Hyde Park hamlet in New York. What is Hyde Park known for? Its historic Hyde Park Square, breathtaking Victorian and Tudor architecture, and the Cincinnati Observatory, one of the metro area’s landmarks. It’s been called one of America’s Best Neighborhoods thanks to its shops, top-rated restaurants, art galleries, education level, and natural beauty.

Considering moving to Hyde Park, OH? You have a lot to look forward to! Whether you spend your afternoons exploring the community’s boutiques or adventure into nearby downtown, there’s always something fun waiting for you in Hyde Park. Here’s what you should know to decide if living in Hyde Park is right for you.

The Hyde Park population is about 13,000 within about 4.5 square miles. The median income in Hyde Park is about $81,000, exceeding Cincinnati’s median of $61,500. About 60% of people in the neighborhood own their own home. The racial and ethnic composition of Hyde Park is overwhelmingly white non-Hispanic.

Curious about your neighbors while living in Hyde Park, OH? The most common industries are management, business, science, and the arts followed by agriculture then finance, real estate, and insurance.

Hyde Park is a neighborhood of Cincinnati but it has its own zip code: 45208. The area code 513 is used in Hyde Park.

Hyde Park, Ohio is served by the Cincinnati Public Schools district with schools in the community such as Hyde Park School and Withrow High School, a historic school known for its striking design with an arching entry bridge and large clock tower as well as its national academic recognition. This beautiful and affluent Cincinnati neighborhood is also home to many private schools:

Considering higher education in Hyde Park? You’ll be right around the corner from top-rated universities like Xavier University and the University of Cincinnati. 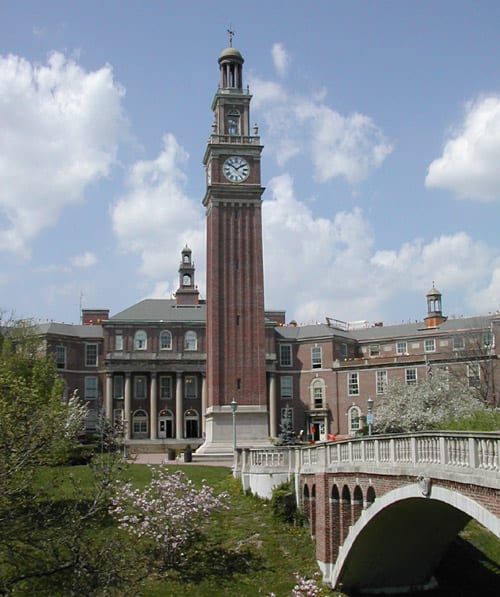 In Cincinnati, average rent is $1,025 but average rent in Hyde Park tends to be higher — but not as high as you expect! You may pay anywhere from $800 to $1,500 for an apartment in the neighborhood but you can find many apartments around the city average.

Top Things to Do in Hyde Park, OH & Best Restaurants

Ready to see the top attractions you’ll enjoy while living in Hyde Park? This historic and affluent community has plenty of things to do and some of Cincinnati’s best restaurants, including the Hyde Park Farmers’ Market every Sunday. Here’s what to do in Hyde Park to keep your weekends and afternoons filled with fun.

Hyde Park Square is one of the most fun things to do in Hyde Park on a sunny afternoon. It’s one of the oldest shopping districts in Greater Cincinnati with over 175 unique shops and restaurants plus fun events year-round. The Square is centered around the beautiful Kilgour Fountain. Be sure to visit Graeter’s — a Cincinnati classic that’s been at the Square since 1938.

A post shared by The Cincinnati Observatory (@cincinnatiobservatory) on Nov 12, 2019 at 9:49am PST

It’s a Cincinnati landmark — and right around the corner after moving to Hyde Park! Visit a working observatory from the 1800s and look through America’s oldest telescope. Looking for things to do in Cincinnati for couples? Stop by the observatory during one of their frequent free events!

The Echo has been a Hyde Park icon for almost 75 years. It’s a tradition to enjoy The Echo’s famous breakfasts with classics like the Oktoberfest omelette and the layered Hot Mess.

Hyde Park Climate — What to Expect

Living in Hyde Park, you’ll avoid most temperature extremes although it can occasionally top 90 degrees in July and get as low as 20 degrees sometimes in the winter. Brace yourself for rain, though: Cincinnati gets about 44 inches of rain per year — above the 30″ U.S. average. Hyde Park gets less snow than average in the U.S., though: just 15 inches. While winters can be dry and chilly, May, June, and September are very pleasant with near-perfect weather in Hyde Park.

Moving to Hyde Park and ready to explore where you want to live in one of America’s Best Neighborhoods? With its beautiful architecture and high concentration of restaurants and shops, every area of Hyde Park is a great place to live. Here are some of the most popular streets and areas to explore.

Hyde Park is home to two country clubs, both sought-after areas to live in Hyde Park. Homes near the Hyde Park Golf & Country Club close to the border with the Oakley neighborhood are located off Erie Ave and Country Club Pl. Homes overlooking the golf course typically start in the $600s. Prefer to be closer to the river? The Hyde Park neighborhood around the Cincinnati Country Club is sought after. Estates in this area are typically large with plenty of wooded land.

Do you see yourself living in Hyde Park in a luxury condo? One of the oldest and most popular communities in Hyde Park is The Regency, just 7 minutes from downtown and nestled in private woods. Condos range from 1,000 to 3,000 square feet with townhouses and upper or lower level condos. Want something more elegant? Consider The Grasmoor House, an historic property comprised of 55 condos of varying sizes situated around a central courtyard pond and arched towers.

If you’re a fan of Cincinnati’s famous Tudor Revival architecture, one of the best neighborhoods in Hyde Park is Observatory Avenue/Avery Lane. The Hyde Park Observatory Historic District began with its first subdivision in 1874 and the area is now exclusively residential except for the observatory. These stunning Tudor homes — some with gorgeous slate roofs — date to the 1870s and 1920s.

Because Hyde Park is mostly a residential neighborhood of Cincinnati, most jobs in Hyde Park are with small businesses like art galleries, boutiques, and restaurants. Most people in the neighborhood work in Cincinnati. Commuting to downtown Cincy for work? Your commute will be just 7 to 15 minutes!

The downtown area is headquarters for several Fortune 500 companies that are among the top employers in Hyde Park like Procter & Gamble, Kroger, Macy’s, and General Electric. Other major employers for Hyde Park residents include University of Cincinnati Health, Cincinnati Children’s Hospital, and Mercy Health.

Set on relocating to Hyde Park, Cincinnati? You’re bound to fall in love with the neighborhood’s architecture, arts scene, and greenery! As you prepare for living in Hyde Park, count on the top-rated Hyde Park movers at Bell Moving & Storage for the ultimate stress-free relocation.