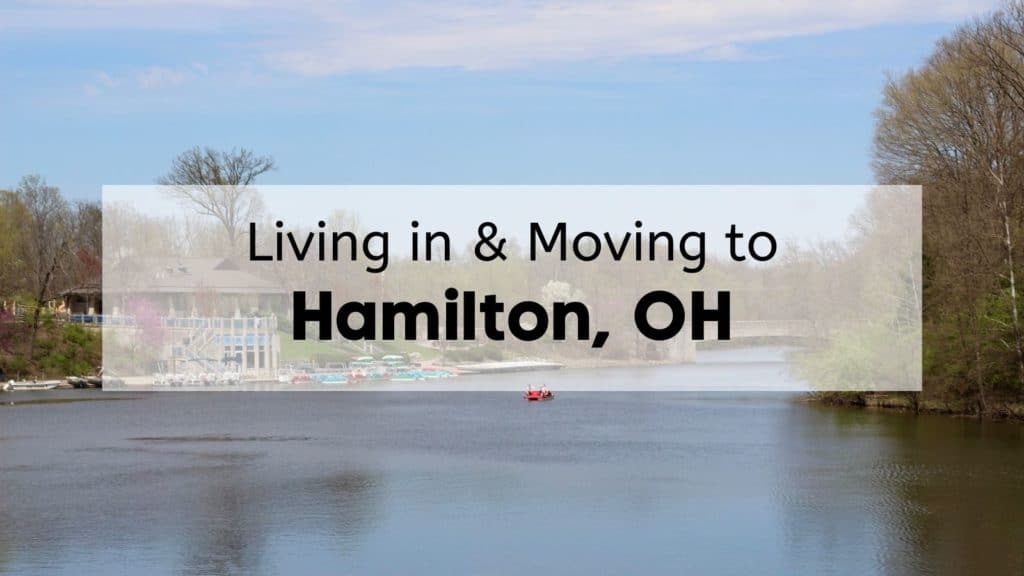 About 35 miles north of Cincinnati is the beautiful city of Hamilton. It is the second largest city in the Cincinnati metro area. The city was named after America’s first Treasury Secretary Alexander Hamilton whose face is on the $10 bill. The city was originally around the site of Fort Hamilton, so the town grew up around the fort on the bank of the Great Miami. Hamilton has a rich history once it became a city in 1810. Early industries gathered in Hamilton because of the cheap labor, water, and the Miami and Erie Canal. Paper manufacturing and iron production were the largest industries in Hamilton and during the Roaring 20s, Hamilton gained the nickname “Little Chicago” for the many Chicago gangsters that bought a 2nd home there. The city has grown and developed a lot since then and has attracted many small families to the area. Hamilton is known for being a beautiful place that residents love to live in since the city offers an affordable and calm lifestyle. Notable people from Hamilton include professional baseball player Aaron Cook and actor Eric Lange.

Hamilton’s population is 62,182 people with 51.7% being female and 48.3% being male. Hamilton’s racial demographics are 80.2% White, 9.33% African American, 4.49% Hispanic, 3.2% Mixed Races, and 0.88% Asian. Interestingly enough, Hamilton is actually ranked to be one of the most diverse places to live in Ohio, so the state itself is more homogenous. The median age in Hamilton is 36.6, however there are people of all ages living there since the majority of residents are in big families. It’s understandable to want to live in a place you feel safe in, which is why the City of Hamilton created their police department to make it their duty to protect all residents by ensuring their public safety and security. There are currently 115 police officers working at the Hamilton police department.

When you’re looking to relocate to a different place, it is important to know if you can afford to live there. Fortunately, Hamilton is a fairly affordable city to live in since it is 15% cheaper to reside in than the national average. While the cost of living in Hamilton is 3% more expensive than the rest of Ohio, many residents don’t mind the small extra cost. One of the biggest advantages to living in Hamilton is the affordable health care. Medical costs in Hamilton are 16% less expensive than the national average and 3% lower than the Ohio average. Transportation in Hamilton is 18% less costly than the US average, making it easier for residents to commute for their jobs that are further away.

The housing market in Hamilton is one of the biggest reasons why people are compelled to move to the city. Housing in Hamilton is 32% less expensive than the rest of the nation! The average cost of a home in Hamilton is $204,000, which breaks down to be $130 per square foot. Now is the perfect time to buy one of the many beautiful homes for sale in Hamilton, OH before prices continue to rise!  The homeownership rate is 54.5% in Hamilton, so there are still plenty of people looking to rent in the area. The average rent in Hamilton for a 837 square foot apartment is $851 with the rent steadily increasing by 6% each year.

There are 17 neighborhoods in Hamilton. The most popular neighborhoods in Hamilton are Enterprise Park, Jefferson, Highland Park, and Lindenwald. Enterprise Park consists largely of residential homes. Enterprise Park also has a number of apartments that young adults like to reside in. Jefferson and Highland Park are considered to be traditional neighborhoods with sidewalks built for residents to stroll on to get to nearby playgrounds, schools, and shops. Jefferson was commonly known for being one of most industrial neighborhoods and an enclave for Italian Immigrants. Now, Jefferson is one the most ethnically diverse areas while being a home to many small family-owned businesses. Meanwhile, Highland Park is known for its quietness and tree-lined streets. Lindenwald is the biggest neighborhood in the city and is unique for its high number of parks and residential architecture. Hamilton also provides for some convenient shopping including Hamilton Crossing and Shoppes at Hamilton.

Those living in Hamilton get all the seasons! With a continental climate, there is a relatively large range of season variability throughout the year in Hamilton. The summers in Hamilton are warm and humid with an average high temperature of 86°F and low temperature of 66°F. Meanwhile, Hamilton’s winters are cold and windy with highs of 42°F and lows of 25°F. The city receives a fair amount of precipitation each year with 43 inches of rain and 13 inches of snow, making it an ideal place for skiers and snowboarding. The most comfortable months to visit Hamilton are in June and May since the air is warm and the skies are clear.

Things to Do in Hamilton

There is plenty to do here in Hamilton, OH! Just check out the various fun activities there are to do in Hamilton below:

If you’re looking for a fun date night, then Pyramid Hill is the place to visit. With beautiful sculptures that cover the park, people love to come here to appreciate the different art pieces with the one they love most. This place even decorates the park for Christmas with light sculptures and trees that makes it the perfect winter activity later in the year!

Residents visit Fitton Center for a variety of different shows, including music, dance, and theater performances and art exhibitions. If you’re looking for a way to get lost into creativity, then this place is a must go!

Additional Things to do in and around Hamilton

Hamilton currently prides itself in having more than 50 parks and countless amenities throughout the city for every resident to enjoy. Check those out on the City of Hamilton parks site.

Feeling hungry? No worries, we’ve found the top-rated restaurants in Hamilton for you to try out when you want a bite to eat!

With its texas-themed decor and meals, the restaurant has everything you’re looking for from hand-cut steaks to fresh salads. With raving reviews complimented the delicious food and exciting atmosphere, there is no wonder why residents keep going back to Texas Roadhouse for more!

If you’re looking for someplace casual, then Hyde’s is the place to go! With options of burgers, fried chicken mashed potatoes, salads, fish dinners, and more, there is something for everyone to enjoy here! They even sell their famous homemade pies that people love to take home for dessert!

Explore the stunning city of Hamilton by checking out the various things to do, restaurants to eat at, and places to visit with this Hamilton map.

The median household income in Hamilton is $47,064, which is a 8.74% growth from last year! The city currently has 27,682 employees with the majority of jobs being in health care, manufacturing, and retail.

Most Hamilton residents will have a commute time of 25 minutes, which is the average for the normal US worker. Some may need to travel to further cities like Cincinnati for their employment. If you’re planning on commuting to Cincinnati for your job, you can click here for directions from Hamilton, OH to Cincinnati, OH, which is 36 minutes away.

Many Hamilton residents are pleased to learn about the various educational opportunities the city’s school district has to offer its students. The most popular schools in Hamilton are Morgan Elementary School, Fairfield North Elementary School, Ross Middle School, and Ross High School. All of these schools are praised for their diverse environment and high student progression. There are also plenty of amazing private schools to choose from in the area, including Stephen T Badin High School, Queen of Peace Elementary School, and Farmview Montessori Garden. Many students like to visit Hamilton Lane Library and Butler County Law Library to utilize their free educational resources.

Tips For Living in Hamilton

Is moving to Hamilton everything you’ve been searching for? If so, you’ll want the help from a professional Hamilton OH moving company to get you there! Call Bell Moving today at 513-942-7500 for a free quote!