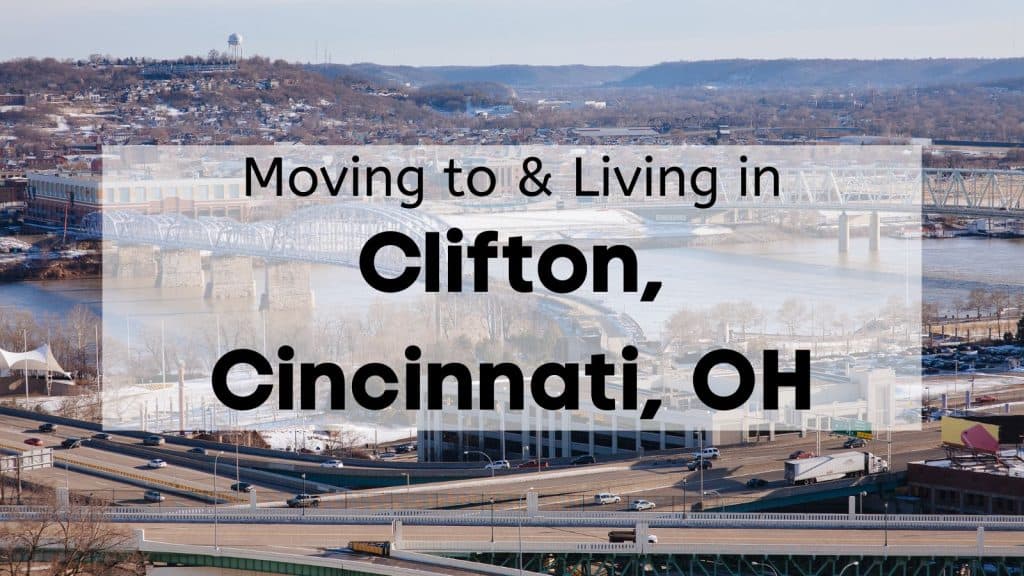 Clifton is known for its safety, historic architecture, lively market culture, and beautiful parks. It’s an affluent and historic neighborhood located in the northern urban parts of Cincinnati, Initially a separate village as Cincinnati was being built up, Clifton maintains a vibrant culture, and holds itself as a unique community in great esteem. Seekers of culture, the arts, and plenty to do will find that the neighborhood of Clifton is a good place to live!

Clifton is located in the northern part of urban Cincinnati, just before the urban sprawl gives way to the suburbs. It is bordered by Northside to the north and west, Avondale and North Avondale to the east, and by The Heights and C.U.F. to the south. The distance from Clifton to the city center of Cincinnati is about 5 and a half miles. Clifton is located within the zipcode of 45316.

Clifton is bordered by I-75 to the north and west, providing access deeper into and out of Cincinnati. As it is still firmly within Cincinnati’s urban sprawl, most of Cincinnati’s city public transportation, primarily buses, can be easily accessed from anywhere in the neighborhood. In fact, Clifton owes much of its growth to the Cincinnati Street Railway, which ran until the 1950s, but streetcars like this are by-and-large no longer extant in the city. With excellent access to many different transportation nodes and veins, commuting around Clifton and Cincinnati will be easy.

The history of Clifton, like many neighborhoods of older cities in the United States, begins with farming. Incorporated as a village separate from Cincinnati in 1850, but inhabited for some time beforehand by European settlers, the neighborhood took its name from the Clifton farmstead, which was over 1,000 acres in size and was famous for its hills and dales. It was also the location of the University of Cincinnati during that time.

The village was just as affluent in character in the 19th century as it is today, with the primary housing in the area being rural Victorian estates set on large, open farmland, with estate ground designed by the famous Adolph Strauch. Also like today, the northern section of the village was dominated by parkland and unmaintained woodland, giving it a rural character, while the southern section was more densely packed, and filled with flourishing business of various sectors.

Clifton was incorporated as a neighborhood into Cincinnati in 1893, at which the University of Cincinnati relocated to the C.U.F. neighborhood. Many of the old estates were demolished to make way for new urban development in the 1960s, but some still stand, keeping Clifton’s manorial character.

The population of the Clifton neighborhood is 8,408. Residents of Clifton are well-educated and well-paid. The age of the population here is older in general than the surrounding Cincinnati area, and ethnically speaking is very homogenous, with Whites making up over 80% of the population, with Blacks making up a small secondary minority at around 8%. The median household income for Clifton is $69,006.

Clifton is a neighborhood defined by its affluence, parks, historic architecture, and friendly community. While most of the old estates are gone, there are still plenty of examples of Clifton’s beautiful 19th century architecture that ground you in the history of the community. There are plenty of nearby attractions and restaurants, suitable to please the affluent residents of this neighborhood. With a unique combination of affluent charm, historic buildings and regions, parks, and new development with modern attractions and amenities, Clifton is among the best neighborhoods to live in in the Cincinnati area right now. Moving to the Clifton neighborhood will be a fantastic experience!

What to Eat, Do, and Shop in Clifton, Cincinnati, OH

Set in the center of Cincinnati, it should be no surprise that Clifton has plenty of excellent shopping, five-star restaurants, and fun things to do! No matter what sort of experience you’re looking for in this lovely neighborhood, you’re sure to find it!

Want to know where all the best shopping is in the Clifton neighborhood? You need look no further than Clifton Plaza on Ludlow Avenue, which serves as Clifton’s “main street”, so to speak. Here, you can find gift shops and boutiques like Toko Baru, the Kilimanjaro African art gallery, and other unique stores, as well as your typical array of grocery and general stores.

Looking for things to do in Clifton? You’re in luck, because some of Cincinnati’s finest attractions are located within the neighborhood! First and foremost, the widely acclaimed Cincinnati Zoo is right on Clifton’s eastern border, featuring a huge botanical garden and a zoo with all sorts of exotic species. There’s also the famous Burnet Woods park, with a beautiful water fountain, a lake, and walking trails. Clifton in particular is well known for its numerous parks and natural scenery.

Want to know about the best restaurants in Clifton? If you’re craving Central American cuisine, but dreadfully far away, don’t worry, Habanero has you covered with excellent, authentic Mexican dishes! If you’d rather eat a cuisine originating from closer to Cincinnati, try the excellent Creole-Cajun dishes at J. Gumbo’s! No matter where you are in Clifton, you will have quick access to great eateries.

Those moving to Clifton will be part of the Cincinnati Public Schools District. This district covers nearly the entire city, so Clifton parents will have many options for their kids! An excellent choice nearby is the highly-rated Roger Bacon High School, just outside Clifton’s eastern bounds. In terms of continuing education, Clifton also has the Cincinnati State and Technical Community College within the neighborhood.

With a cozy community, plentiful attractions and restaurants, and safe streets, comes higher property prices than surrounding Cincinnati. However, you’ll be pleased to know that Clifton is still a very affordable place to buy property in. According to Redfin, the average home price in Clifton is $377,500. Despite price fluctuations, this is more than $100,000 more than the Cincinnati average of $229,000. The median days on the market for real estate is 48 days, while the number of homes sold annually is 14.

Renting apartments in Clifton will have you paying a typical monthly rent of $1,200 for an 870 square foot apartment, according to RentCafe. This is almost half the national average for renting price, which is $2,100 per month, meaning that Clifton will have all the benefits of an affluent neighborhood while not weighing on your wallet!

If you’re interested in looking at listings for Clifton’s homes, take a look at some Clifton, Cincinnati, OH real estate options here.

Planning on moving to Clifton? No matter how big or small your relocation is, Bell Moving’s excellent neighborhood moving team is ready and eager to help! That’s why you should call us at 513-942-7500! We’re a professional full-service company with the experience and excellent customer service necessary to make your relocation as simple as possible. Call now or fill out our online form for a free quote. 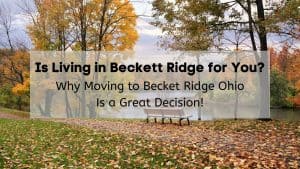